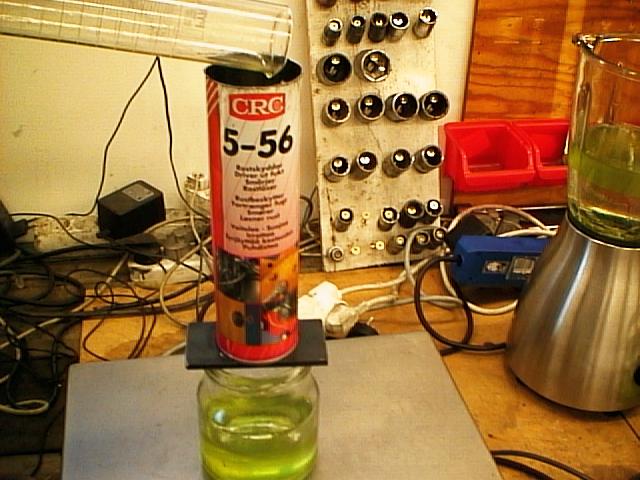 To test viscosities in a self made meter from a used 5-56 spray can.

Usual diesel oil is the same   about 2 minutes and 7 sec. 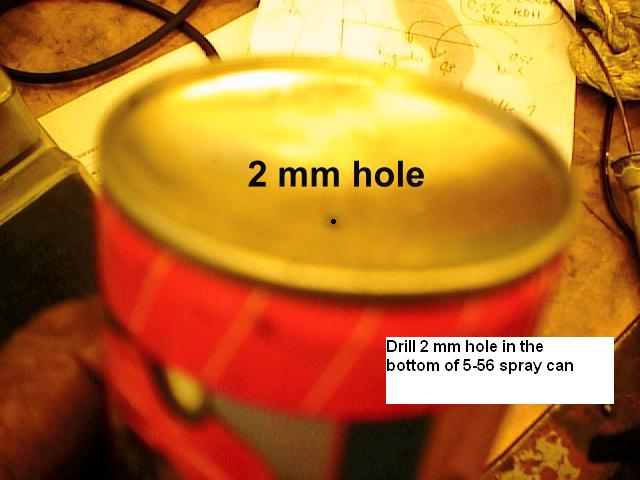 Biodiesel it takes 2 minutes and 7 sec to close the spray can  the same.

Raw rape oil about  5 minutes.
It is too  thick to run in an engine. 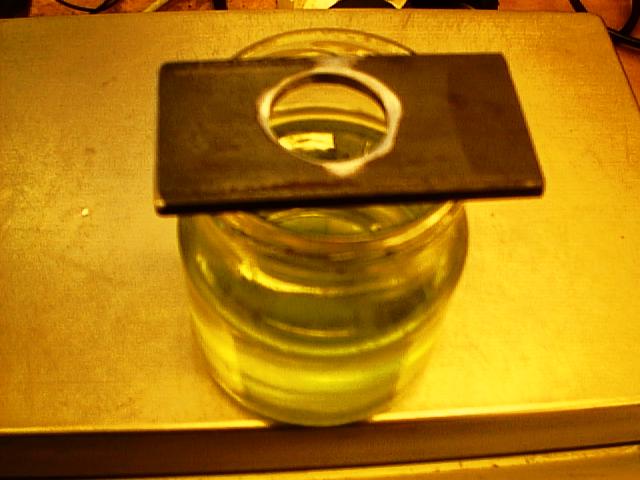 This is the most useful all-round test, and it's very simple: Put 150 ml of unwashed biodiesel (settled for 12 hours or more, with the glycerine layer removed) in a half-litre glass jar. Add 150 ml of water, screw the lid on tight and shake it up and down violently for 10 seconds or more. Then let it settle. The biodiesel should separate from the water in half an hour or less, with amber biodiesel on top and milky water below. This is quality fuel, a completed product with minimal contaminants. Wash it and then use it with confidence.

But if it turns into something that looks like mayonaisse (emulsifies) and won't separate, or if it only separates very slowly, with a thick white layer sandwiched between water and biodiesel, it's not quality fuel and your process needs improvement. Either you've used too much catalyst and made soap (better titration), or a poor conversion has left you with mono- and diglycerides (try more methanol, better agitation, longer processing time, better temperature control), or both.

Whichever, you're headed for washing problems. Super-gentle washing techniques might avoid the problems, but you'll still be left with poor-quality fuel laced with contaminants that are bad for the engine and the fuel system.

If you have an emulsion any thicker than the normal "paper thin" interface layer between oil and water, the batch needs to be retreated. retreat as with virgin oil, but using only 10% methanol and the standard 3.5 g of lye per litre of oil.

Even bubble-washing is quite gentle, and it's worth repeating the test with some washed fuel -- it should separate from the water cleanly within a few minutes.

See:
Washing
How the process works

You can run the diesel engine with many differents way.  Test of viscosity:

2    Warm up raw rape-oil from oilpress to +50 to +70 Dg C  the same viscosity as diesel oil with converter
Test: 2 minutes 7 sec.   http://www.rapsolja.se/drive_your_diesel.htm

3    Make Bodiesel from oilpress in a tank the same viscosity as diesel oil with converter
Test 2 minutes 7 sec.  http://www.rapsolja.se/biodiesel-information-fran-skeppsta-maskin-ab-eng.htm

Make your own biodiesel processor. 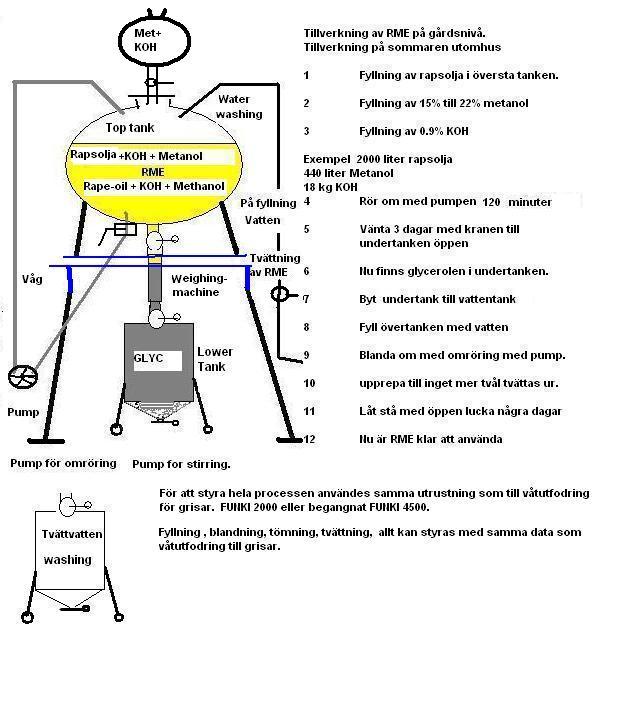 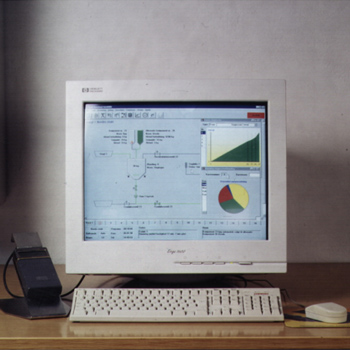 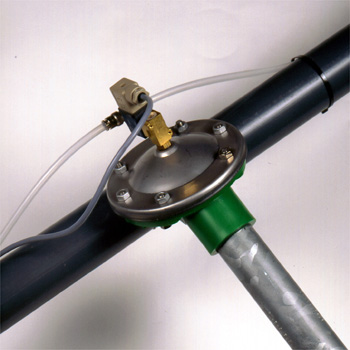 Warning. There are some rules to handle methanol, CH3OH.

In winter mix  RME with 60% common winter diesel to get better viscosity.

Skeppsta Maskin AB do not take responsibility of these instructions.

From Wikipedia, the free encyclopedia.

The chemical compound potassium hydroxide, (KOH) sometimes known as caustic potash, potassa, potash lye, and potassium hydrate, is a metallic base. It is a very alkaline compound used in agriculture to correct the pH of acidic soils. It can also be used as a fungicide or even an herbicide.

It is a major industrial chemical used as a base in a wide variety of chemical processes.

It is used as a catalyst in reactions like the production of biodiesel, the advantage of using KOH and not NaOH is that NaOH "clumps" and KOH does not.

Other uses include in veterinary medicine in disbudding calves horns and to dissolve scales and hair; manufacture of cleansers; in wart removal and as a cuticle solvent. This type of compound is also used in washing powders, some denture cleaners, non-phosphate detergents, and drain or pipe cleaners.

It is also a traditional ingredient in the making of soap, and for this purpose was historically obtained in an impure form by steeping wood ash in water for a long period.

Historically, to create potash, one first created potash lye in solution, then one boiled off the remaining liquid.

To create potash lye, one takes an open-bottomed barrel, and places it on a stone base with a groove cut into it, which will direct the resulting liquid into another container. Then one places a layer of straw at the bottom, covered by a layer of sticks. This filter layer will prevent the ashes from contaminating one's solution. Then one fills the barrel with wood-ashes and pours water over it. The water will leach out the potash lye into one's receptacle.

This product will be of variable quality. Historically, it was measured by seeing how high an egg would float in the solution.

To create pearlash, one bakes the potash lye in a kiln until all of the carbon impurities are baked off.

Food uses of lye include washing or chemical peeling of fruits and vegetables, chocolate and cocoa processing, caramel color production, poultry scalding, soft drink processing, and thickening ice cream. Olives are often soaked in lye to soften them, while pretzels and German lye rolls are glazed with a lye solution before baking to make them crisp.